Ulf Hjerppe, Lawyer and Information Officer received the MEDEA Award 2008 for the multimedia programme Rättegångsskolan på webben/Court Introduction during the first MEDEA Award ceremony held on 4th of December at the Hotel InterContinental in Berlin. This was the first edition of the MEDEA Awards and Ulf received the bronze MEDEA statuette during a special ceremony that took place alongside the annual Online Educa Berlin Conference.

This web-based court introduction explains what happens before, during and after court proceedings to those people who have to make an appearance in court including crime victims, witnesses, relatives and perpetrators. In the citation read out during the awards ceremony, it was described by jury members as being very well made and fully consistent with target users' expectations.

A special award was also presented during the same ceremony to secondary school teacher Steven Ronsijn for their outstanding entry submitted by his school Sint-Lievenscollege Gent in Belgium. Their entry, called Anti-Anti is a multimedia pervasive game created by secondary school students to sensitise students in the context of the national day against Unnecessary Violence. During the game students had to find a fictitious murderer in their school through clues provided to them in mp3-files and video clips. The MEDEA judges described the school entry as an exemplar of good choice and use of media, with a very good story and a particular social agenda that is of great relevance to the learners taking part.

The other finalists (who all received hardware and software supported by Apple Europe and Adobe) were ArtisanCam represented at the Awards by Keith Alexander from Artistsatwork.org (UK), Canal Educatif à la Demande by Erwan Bomstein-Erb from Canal Educatif (France), Patient Safety - Mildred's Story by Jon Shears from the University of Leicester (UK) and Pronunciation Tips represented by Callum Robertson from BBC Learning English (UK).

For full versions of the press release in .pdf and .doc

Visit the MEDEA website for more information about this annual competition. 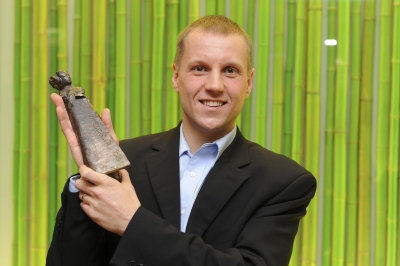 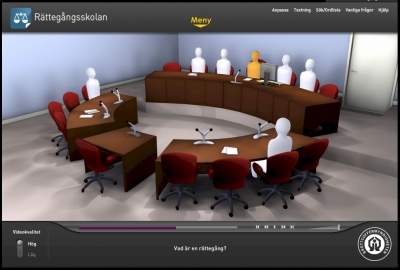 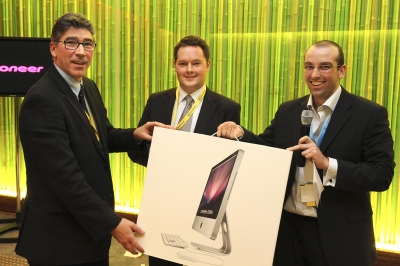