The annual MEDEA Awards for 2016 was launched at the beginning of July, with the announcement of several new prizes and a reminder of the deadline for submissions, which is 30 November 2015. The aim of this annual competition, now entering its eighth year, is to encourage innovation and good practices in the use of media (audio, video, graphics and animation) in education. Finalists will be invited to participate in the Media & Learning Conference taking place in Brussels on 10-11 March 2016 during which the MEDEA Awards Ceremony will take place.

For more information on how to submit your entry, please see the MEDEA Awards website. 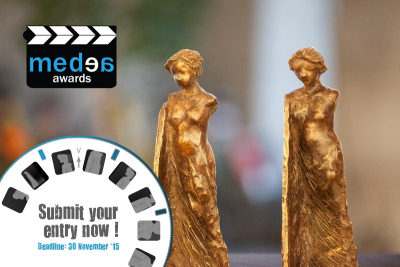