Live Game Storm on the Future of Food

The JamToday Fair 2016 took place on Florence on 30 November 2016 in the Istituto Europeo di Design and both Mathy Vanbuel and Sally Reynolds took part on behalf of partner ATiT along with students and other partners from all over Europe. This year's Fair focussed on game creators and creative processes. In the morning together with the Transmango project we worked in teams as part of a 'game storm' around the future of food in Europe. In the afternoon all the prototype games developed in the morning were brought through an entrepreneurial journey and much to our surprise, our team which had produced a game called 'Archim Boldo - bringing a school garden to life - turned out to be the overall winner, thanks to team members Andreas, Marianna, Petra and Yasi. We make a great team! Here's more about this JamToday event. 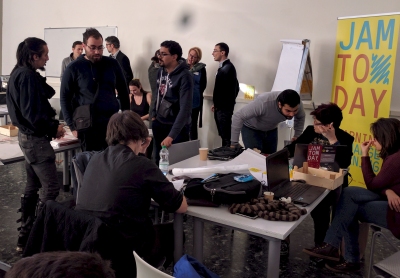 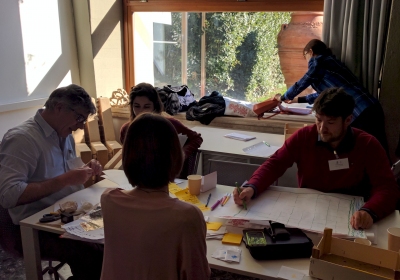