BBC’s highly engaging project School Report which gives 11-14 year-old students in the UK the chance to make their own news reports for a real audience was a popular overall winner of this year’s MEDEA Awards. The MEDEA Awards were announced during the Media & Learning Conference which took place 25-26 November in the Flemish Ministry of Education and Training headquarters in Brussels and which included workshops led by this year's finalists as well as previous winners and finalists.

BBC School Report was also the winner of the Professional Production Award sponsored by AVID. The winner of the User-Generated Content Award sponsored by SMART was Et si c'était toi?, submitted by the Lycée Technique du Centre in Luxembourg and represented by Laurence Streitz. This 4-minute film was produced by 17 to 18-year old students of the secondary school Lycée Technique du Centre in Luxembourg and deals with bullying and domestic violence. The Adobe-sponsored European Collaboration Award went to Evolution of Life, a website created by LMU Munich in Germany and CNDP (Centre National de Documentation Pédagogique) in France and represented by Yannick Mahé, offering original teaching materials about the evolution of life. A special prize was given to Pocket Anatomy, submitted by eMedia Interactive in Ireland and represented by Mark Campbell. Pocket Anatomy is a fully searchable interactive atlas of the human anatomy designed to run on a mobile device. 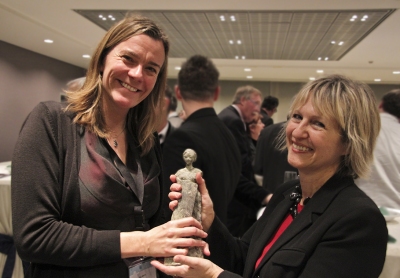 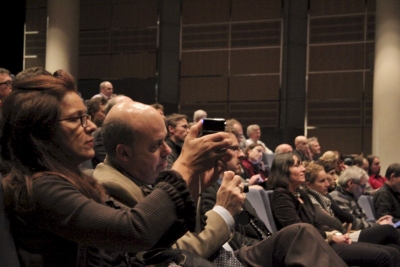