This year the MEDEA Professional Production Award went to the Digital Prevention Platform produced by Saffron Interactive Ltd for the Against Violence and Abuse (AVA) service in the UK working to end all forms of Violence Against Women and Girls. The overall prize for the MEDEA User-Generated Award went to Un autre monde/Eine andere Welt a joint submission from Albeck Gymnasium Sulz in Germany and Collège Frédéric Hartmann, Munster in France. The winners were announced during the MEDEA Awards Ceremony which took place as part of the Media & Learning Conference in the Flemish Ministry of Education and Training Headquarters in Brussels. This year the competition attracted 237 entries from 29 countries. More info about the awards from the MEDEA Awards website. 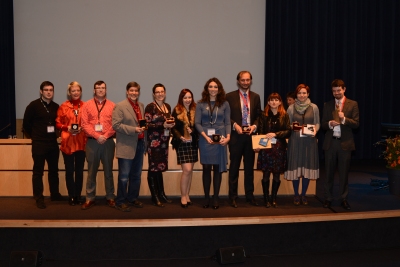