A meeting of the Re.ViCa partners including Nikki Cortoos and Sally Reynolds from ATiT took place on Tuesday 21st in EuroPACE when the team spent the day working on the final outcomes of the project. The extensive project wiki on the topic of Virtual Campus will be made public during the M-2009 conference, being held on 7-10 June 2009 in Maastricht in the Netherlands.

The team are also working on a series of Critical Success Factors to be made available in the project handbook, due to be published in September along with a comparison of European and Non-European Virtual Campuses.

The next meeting of the project’s International Advisory Committee will also take place during the M-2009 conference.

If you would like to be added to the mailing list to receive updates from the project team in the form of monthly newsletters, visit the project web site. 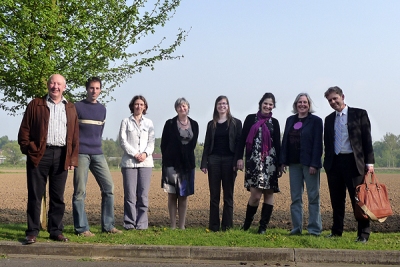