During the annual ESHRE Conference in Helsinki on 4 and 5 July 2016, ATiT produced a 3 hour long live surgery broadcast from the Hôpital Natecia in Lyon (France). 3 operation theatres were equipped with cameras, image processors and audio equipment to produce high quality HD video images and sound, which then were transmitted via satellite to the Congress Centre Messukeskus in Helsinki, where about a 1000 spectators could follow the surgeon’s actions on giant screens. The audience could ask their questions directly to the surgeon more than 2000 Kms away. ATiT produces many live surgery transmissions per year, via closed circuit, microwave, IP video conferencing or satellite. 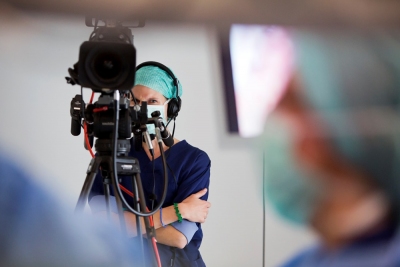