On Tuesday 31st of May and Thursday 2 June 2011 the first 2-day MEDEA2020 workshop took place alongside the annual EdTech conference organised by the Irish Learning Technology Association (ILTA). This conference took place in Waterford Institute of Technology (WIT).

This workshop on animation took place over 2 days. The first part, aimed at beginners, provided an overview of different animation techniques and included hands-on practice with different tools. Topics covered getting started with animation as a way of engaging learners, different types of animation for example 2D, 3D. The session continued with hands on sessions with different software tools (Flash and Animate) for the creation of animation. Participants carried out the first steps in creating an animated movie, and explored in that way the principles of animation.
Winning examples of animation from the MEDEA Awards were presented by Deborah Arnold from Videoscop Universite Nancy2 (France) and invited guest Yannick Mahé from CNDP (France) who is the director of award winning educational media Evolution of LIfe. Demonstrations and presentations were followed by discussions with all participants.

The second part of the workshop, aimed at more advanced users, took place as part of the EdTech programme on 2 June. On that day, examples and explanations on the use of animation in a pedagogical context were discussed: how was it produced and what is the impact on learning. How can animation motivate and stimulate the learner and aid understanding of complex abstract concepts. Also on the second day, there was a hands on session on the creation of scenarios that continued where the first day ended based on the scenarios created during day 1 from an educational and media production perspective. The workshop showed the participants clearly the first steps in the development of a short animated movie plus discussions.

The tutors on this workshop were Deborah Arnold from Videoscop, France; Yannick Mahé, from CNDP in France, Philip Penny from IADT, Ireland and Mathy Vanbuel, ATiT, Belgium. Altogether 30 participants attended the workshop over part or whole of the two days.

The next MEDEA workshop will take place in Poland in July and will cover the topic of Webinars. More information soon on this site and on the MEDEA Awards site. 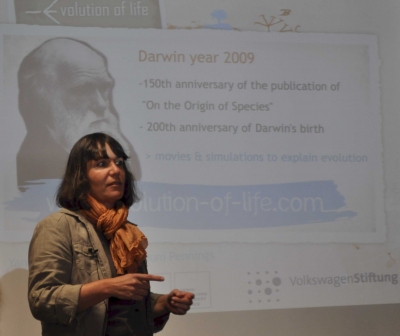