Judging the MEDEA Awards 2012 well on the way

The MEDEA Awards 2012: 212 entries from 31 countries, and 95 judges from 29 countries… this is a nice snapshot of the media and learning community. Judges are ploughing through the entries. Looking at games and apps, but also at traditional media such as DVDs or online videos. Are there trends already to be seen? Hard to say when we have not been able to see all entries yet, but in one way it seems that there is somewhat less pure linear content, but that process and context is coming more and more to the front stage. Quality is certainly at least on a par with what we have seen last year, and remarkable is the creative power of many end users who generate their own media materials. One more week of judging to go, and then nominations will be announced. The Awards will be handed out during the Media and Learning Conference at the Ministry of Education in Brussels on 14th of November. 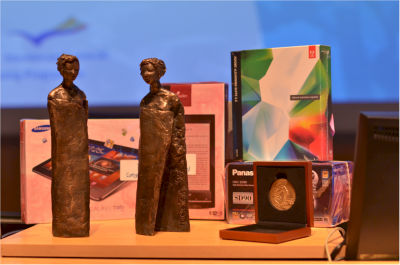