The 11th DIVERSE International Conference took place in Dublin, Ireland from 28 to 30 June 2011 and attracted about 100 people from all over the world including the US and Australia. Taking place in the Helix, the centre for visual and performing arts in Dublin City University (DCU) the conference attracted researchers and practitioners interested in the use of visual media in teaching, learning and creative inquiry. The conference framework under the able directorship of Yvonne Crotty, from the School of Education Studies combined internationally known keynote speakers, parallel sessions and workshops along with a really exciting social programme featuring Irish music and dance. The main conference theme was Creativity - Enhancing Our Vision of the Future.

On Thursday 30 June, Sally Reynolds (ATiT, Belgium) and Deborah Arnold (Videoscop - Université Nancy 2, France) lead a presentation and debate entitled "Sound! Light! Action! Learning? Experiences from the annual MEDEA Awards". About 60 people took part in this session which included a presentation of extracts and samples from finalists and winners of the 2008, 2009 and 2010 competitions. Session participants then took part in a highly interactive exercise where they became judges themselves and viewed and then assessed a possible MEDEA Awards entry along with some existing MEDEA judges. This led to a really interesting discussion about pedagogical and other values of educational media highlighting the importance of context and the considerable variety of opinion as to what constitutes excellence that exists even amongst people who work in the domain of educational media.

During the DIVERSE Conference, Deborah Arnold was also interviewed by the conference's TV crew about the MEDEA Awards and the recording of this interview will be available on the DIVERSE website shortly. 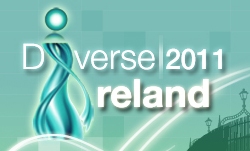