The Second Virtual Dialogue in the Women's Dialogue series about women in political leadership took place on Wednesday 25 February involving more than 120 people in the participating sites in Jordan, Kenya, Ghana and Lithuania.This two hour dialogue featured an interview with Former President of Ireland (1990 - 1997) and United Nations High Commissioner for Human Rights (1997 - 2002) Mary Robinson, followed by a discussion with a worldwide audience on closing the political gender gap and on ways to empower and prepare the next generation of women leaders. It attracted a wide variety of participants including several senior ranking ministerial representatives and policymakers. This included recently appointed Ghanaian Ministers,  Hon. Akua Sena Dansua , Minister of Women and Children’s Affairs and Hon. Juliana Azuma-Mensah Minister of Tourism.

Recommendations from this and the other Virtual Dialogues in the series will contribute to The International Colloquium for Women's Empowerment, Leadership Development, International Peace & Security Conference to be held on March 7 ­ 8 in Monrovia, Liberia. More information about the series is available from the Virtual Dialogues site http://www.womensdialogue.org. More information about the Colloquium is available from the Colloquium site http://www.womenscolloquium.org 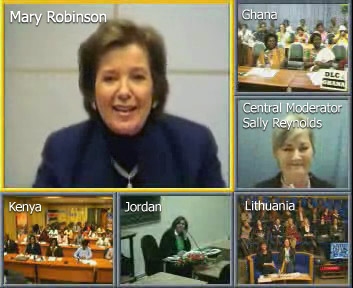 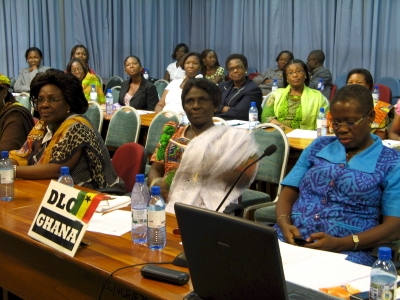