For the second year running a French university has taken the top professional award at the MEDEA Awards with the announcement that Dans les murs de la Casbah... submitted by Université Rennes 2 is the winner of the MEDEA Professional Production Award. The overall prize for the MEDEA User-Generated Award went to Film English by UAB Idiomes, Spain. The winners were announced during the MEDEA Awards Ceremony which took place as part of the Media & Learning Conference in the Flemish Ministry of Education and Training headquarters in Brussels. This year the competition attracted a record breaking 342 entries from 37 countries. Find out more and take a look at the showreel will all finalists. 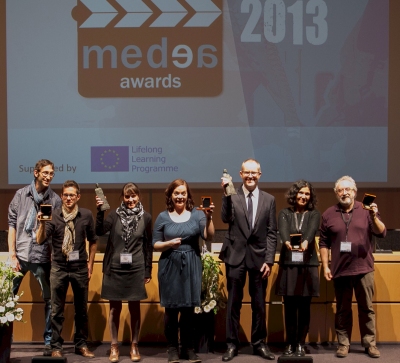