On Friday 7 May 2010, ATiT produced on behalf of +he Academy (The European Academy for Gynaecological Surgery) live demonstrations of surgical interventions organised by the European Board and College of Obstetrics and Gynaecologists, the European Society for Gynaecological Endoscopy. The programme connected six operation theatres in two Belgian Hospitals (UZ Gasthuisberg in Leuven and Ziekenhuis Oost-Limburg ZOL in Genk) with a large auditorium in Antwerp.

More than 10 cameras, 3 satellite uplinks and 4 satellite channels were used to capture and transmit the images of the gynaecological interventions in the best possible quality to the Koningin Elizabethzaal in Antwerp where hundreds of participants could follow 4 operations simultaneously. Operating surgeons answered questions from the audience while demonstrating innovative surgical techniques and procedures. The programme, sponsored by Storz, Intuitive Surgical, Covidien and AMS,  lasted for more than three hours and was received very well by the hundreds of viewers.

13 surgeons from all over Europe carried out operations such as Robotic Radical Hysterectomy, Urogynaecology, Laparoscopic Hysterectomy, Ureter Endometriosis or a Laparoscopic BSO and Pelvic Lymphadenectomy. The viewers in the auditorium were impressed with the scientific quality of the programme as well as with the technical and organisational quality of the live transmissions. 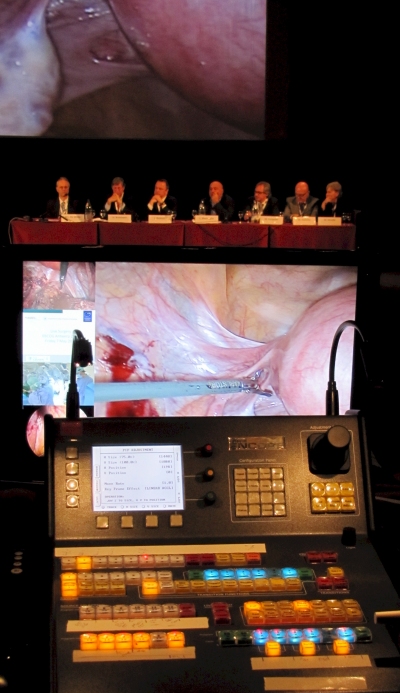 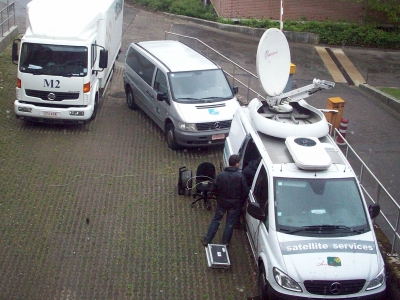 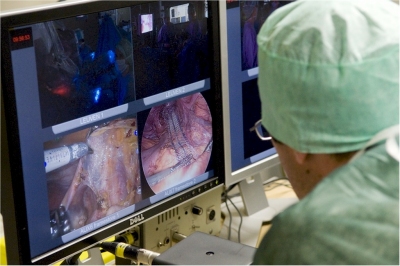