On Monday 30 June and Tuesday 1 July 2014 ATiT produced a live HDTV satellite broadcast between the Papageorgiou Hospital, Thessaloniki (Greece) and the International Congress Centre Munich (Germany). During the 29th Annual Meeting of ESHRE, the European Society of Human Reproduction and Embryology (http://www.eshre.eu/annual-meeting.aspx), ATiT transmitted a series of highly innovative operation techniques and interventions. The operations were live followed and commented by over 500 viewers in the large auditorium in Munich, where attendants could ask questions to the surgeons while they were operating. 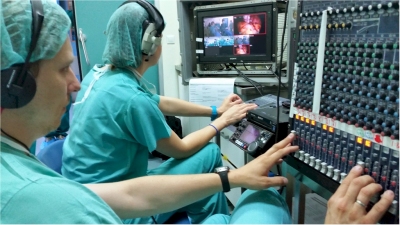 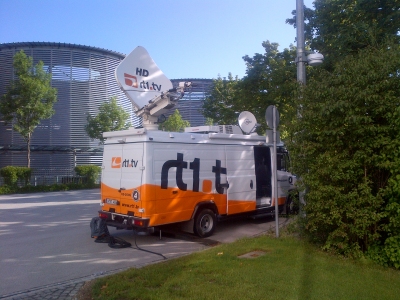 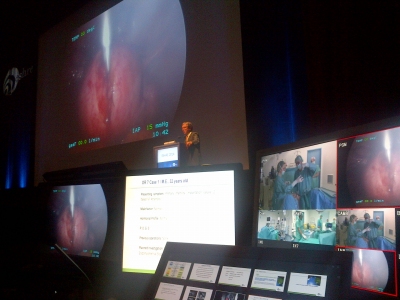