The SAILS partners held their second meeting from 11-12 October in Lisbon at the Instituto de Educação da Universidade de Lisboa (IEUL). At this meeting the partners worked together to reach a consensus on what competences and skills are the most important to tackle within an inquiry based approach in science teaching, they then went on to  exchange ideas about how they think the inquiry approach can be best assessed. As the project includes 13 partners from 12 different countries, the project first needs to describe a baseline approach to inquiry based science education (IBSE), this common point of view will be described in the report: “Mapping the development and key-skills and competencies in IBSE” that will be made available at the end of this year. Then in the second project year this common approach will be adapted to the specific country needs, which will co-incide with the organisation of workshops all over Europe.  These workshops will start in the coming months and will be attended by a select group of teachers (groups of 10-20 participants). The workshops are aimed at pre-service (the workshops will be mainly implemented during the semester) and in-service teachers (the workshops will be mostly held in the form of summer classes as it is difficult for teachers to attend sessions during the year). The first workshops are mainly focused on inquiry based science teaching in general, but in the next round of workshops assessment techniques will also be implemented.

ATiT are partners in this project with responsibility for dissemination. Information about SAILS is available from the project website. 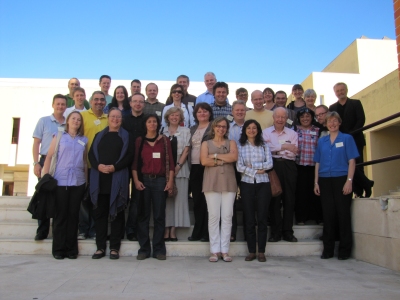